Artists & stock
In the early 1860's, a group of young painters gathered around Monet. They felt academic art, as taught at the Beaux-Arts, had become outmoded. Instead, they started painting outside in the open, from nature, on an easel. They attempted to grasp the manifestations of fugitive moods and lights. They studied the light and its special effects, and they recorded the visual sensations they received in an instant. The response to their works was one of general hostility. Critics dubbed them barbouilleurs, daubers of paint, and they soon were banned from the official Salons. Thus they were reduced to showing their work in the private, smaller salons, to meeting at the Café Guerbois to exchange ideas, they were also reduced to... utter poverty. In 1874, they were finally able to hold a genuine exhibit in the studio of photographer Felix Nadar. Between then and 1886, there were to be seven subsequent shows. These French artists actually opened the way for many foreign artists to freely express their esthetic sensibilities, and their movement rapidly grew from its modest beginnings into a truly international one. Impressionism stands as a high point in the history of landscape art, especially French landscape painting.The effort to express new sensations in color encouraged artists to travel to foreign places looking for movement, new scenery and modernity. Impressionist art depicts a peaceful world, the world of the rising bourgeoisie unconcerned about the social, economic, and political difficulties of the times. 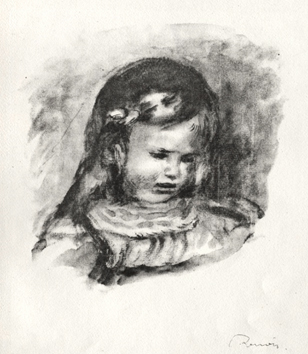