Artists & stock
At the end of the 1970’s under the leadership of Hödicke and Baselitz, a group of artists contributed to the revival of German art and received international acclaim. German art had played a secondary role on the art scene since the Second World War. The term “New Fauvism” was used for the first time in 1980 at an exhibition held in the Aachen Museum, which showed many of those painters. The paintings were done in a highly colored figurative and expressionistic style and for the most part they reflected German history and culture. This movement is akin to “Bad Painting” in America (Longo, Morley, etc) and to “Trans-Avant-Garde” in Italy (Chia, Paladino, etc). 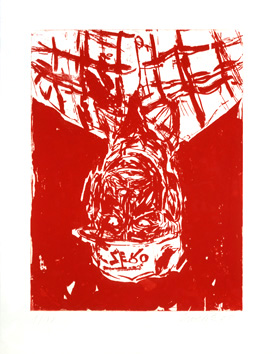