Artists & stock
Expressionism has affected many artistic fields: painting, architecture, literature, theatre, cinema, music, dance, etc.
German expressionism seeks more to express the world than to really show it. We then speak of an expressiveness in painting. This movement leaves artists free; they are not subject to rules and can openly express their feelings. That is why expressionism is subjective, it is the artist who offers us his vision of things. In 1893, Edvard Munch's "Le cri" was the first reference for the two groups of German painters who were created in 1905 (Die Brücke - Le Pont) and 1911 (Der Blauer Reiter - Le Cavalier bleu). The term "Expressionismism" (Expressionismus in German) comes from the annual exhibition of 1911 organized by the Berlin Secession. This art contrasts with the official art protected by William II, the third German emperor (1859-1941). This new artistic movement is both fascinated and frightened by the rhythms of the city and modernity. It reflects a pessimistic view of reality in the old days of the First World War (1914-1918). Expressionism was condemned by the Nazi regime as a "degenerate art". 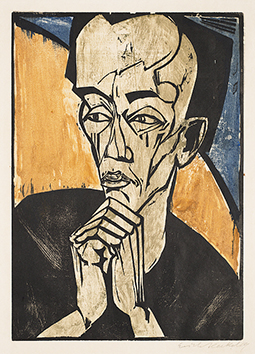