Artists & stock
“Everything is art” is Fluxus’ motto. This artistic movement was born in New York in 1961 and received its name from Georges Maciunas who became its main protagonist and the promoter of non Art to be seen as reality. He organized “Musica et Nova soirées” in his AG Gallery where guests first discovered the music of John Cage. As early as 1962, Fluxus reached Europe and Maciunas organized a tour, “Festa Fluxorum”, to spread the gospel of his non Art art. The movement became popular in Europe during the 1960’s thanks to a series of anti-music concerts, numerous happenings, various books and reviews, and films. Fluxus expressed itself through many projects, both eclectic and anticonformist, with varying degrees of success. In spite of the uneven quality of the production, Fluxus was the initiator of video art and experimental music. 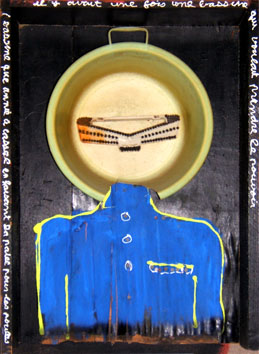