Artists & stock
Called « Abstract Expressionnism » by the American art critic Robert Coats, it turns out to be the first authentic American abstract art movement. It also known as New York School. The artists are interested by gestures in each art work, they are supported by Peggy Guggenheim and exhibit in her gallery, Art of this Century. These artists reject cubism and surrealism, they are interested in the reality of American daily life, social and economical issues related to the 1929 crisis, upheavals dues to the second world war, presence of influential artists threatened by nazism and settled in New York (Mondrian, Léger, Ernst, Masson, Breton, Miro, Matta). Works are realized in a fast way with quick gestures, most of the time they represent a raw geometric pattern. A second trend of this movement will diffuse its art in Europe during the mid-sixties. 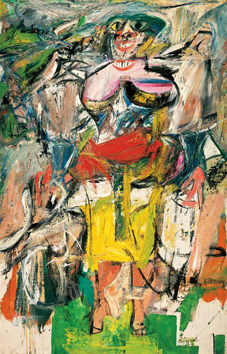